The last episode of LiguriaBikeXperience takes place in Finale Ligure, one of the main European and world destinations for mountain biking, thanks to the conformation of the territory and the paths, which from a thousand meters of altitude lead to the beach. 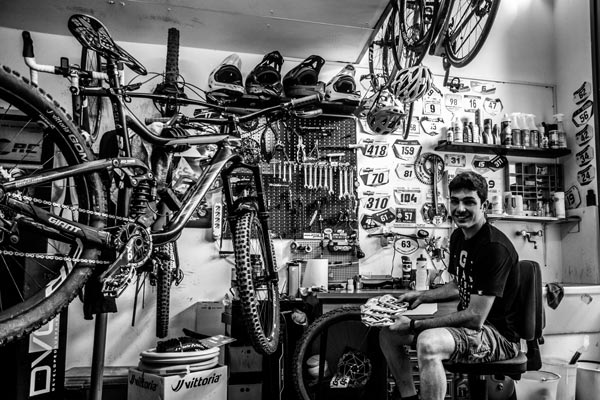 Enduro World Series and “the Finalese”

Giacomo Dodino, from his garage, explains what this competition means for the territory.
"The EWS finales is not just a race. The strongest riders in the world compete on unique trails, in a long and difficult race.
You have to be extremely trained just to carry it out, but the emotion that you try to go down between two wings of crowds that are cheering is indescribable and repays every effort!
Every year new paths and new riding areas are sought, to make this event unrepeatable and this has allowed us to expand the Finale Ligure contexts, reaching the paths of the surrounding villages.
Now the Finalese is intended as a trail that goes from Noli to Mount Carmo, whose paths descend towards the villages of Pietra Ligure, Giustenice and Loano». 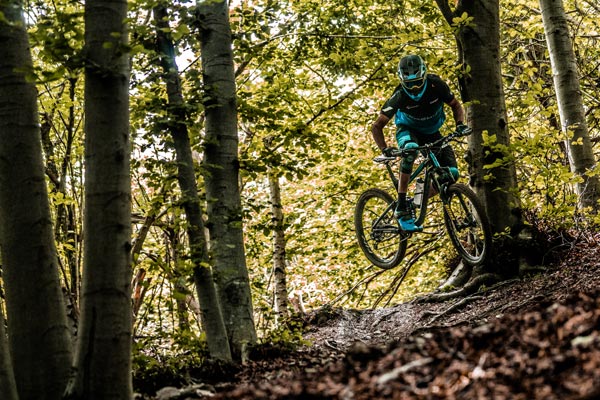 Located at one thousand meters high, the former military base is the starting point of many trails, characterized by the flow.
The environment is that of the Ligurian Alps, with beech and chestnut woods.
The Nato Base was the starting point for some of the longest trails of the past editions of the Enduro World Series, with stages over ten minutes long and eight hundred meters in altitude, which descended to Feglino. 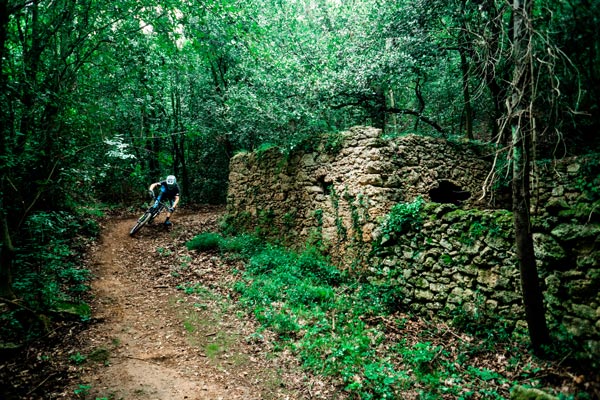 The locality of San Bernardino, from where some of Finale's historical trails start, is one of the most visited areas for Enduro and All Mountain lovers.
With Giacomo Dodino we rode the Dolmen Trail, the fourth stage of the last edition of the EWS.
This path is characterized by a rocky bottom, so it is considered exciting to go. 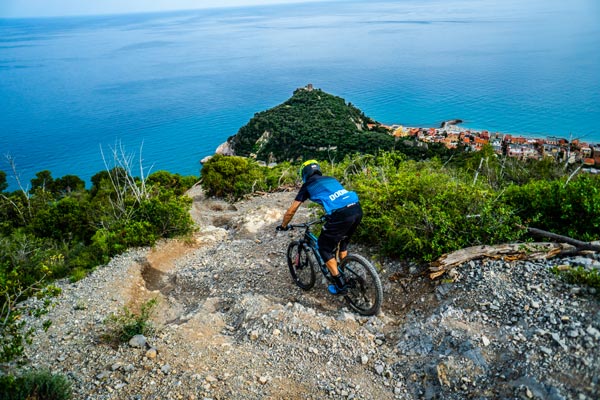 Each Enduro World Series race ends with the descent of DH Men.
The trail starts from the plateau of Le Manie and descends steeply up to Varigotti, is the most famous trail in Finale Ligure.
MTB fans can not miss the appointment with the Enduro World Series on September 29th and 30th, to see the best riders in the world to face these paths.

At the following links you will find our accommodation facilities where to stay in:
Pietra Ligure, Borgio Verezzi